Drills are huge for BJJ. I can’t even count all the times I’ve heard, or said, or even written that in an article. However, you see some grapplers that manage just fine claiming they never drill. it is possible. however, the truth is, drills make you better. Certain areas of Brazilian Jiu-Jitsu, like passing, for example, are extremely challenging to figure out without putting in time in the form of guard passing drill. This is particularly true for No-Gi, where there’s a lack of handles and everything gets slippery fast. So, even if you can’t stand drilling, you should at least incorporate some guard passing drills. They’ll help you immensely, and not just with guard passing.

Guard passing was one of the harder things in BJJ for me. I totally enjoy it now, but at white and blue belt level, I was dreading it. Especially when it came to opening and passing the closed guard of someone who really knows how to play from the bottom. Enter guard passing drills. they helped me hone in on the finer details of guard passing I was missing during both technical training and live rolling. To this day, some 7 years later, I haven’t found an aspect of BJJ that benefits from drills a much as guard passing.

Why You Have To Drill Guard Passing

It is simple, there are plenty of nuances about guard passing that go beyond just the technical aspects of Jiu-jitsu. Things like balance, pressure, angle, switching sides, posture, alignment and many others play as much a role in passing guard as do grip placement and footwork. And all of these are qualities that you can’t really learn consciously, sort to speak. 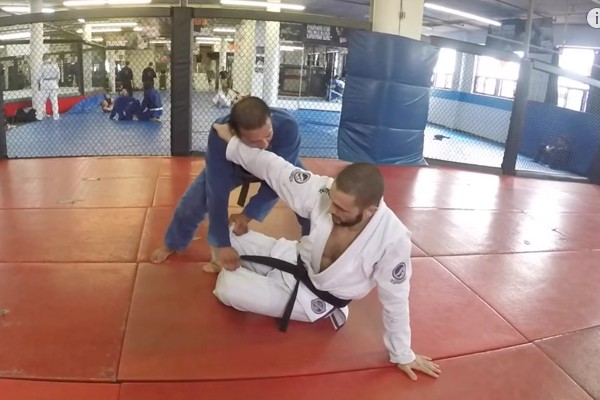 Guard passing drills, and more importantly, setting them up correctly, is so extremely important simply due to the diverse nature of passing guard. there are different guard passing modalities and you can use any categorization you want. There is the loose, tight and submission passing approach. There’s the over, under around and through the legs approach. You could also opt for a conceptual approach as well. or you can be smart and high level and figure out how everything blends together for an unstoppable guard passing game.

Putting such a game together is the easy part. Putting it to use is the hard part. That is where drills come in. Setting up guard passing drills will help you figure out how to put everything to use. You need the repetitions to get your body used. But it is not muscle memory or specific movement patterns like many people think. You actually need to get your body used to adjust constantly while moving with precision, balance and pressure or speed, depending on your preferred type of passing.

In Jiu-Jitsu, there is absolutely no way to predict every scenario. People like to use the word “scramble”, to explain exchanges that happen outside of the main position in BJJ. I  do not agree and I think that there’s no such thing as a scramble and everything has meaning and logic behind it. Particularly chaos. But that is a subject for another time.

In the entropy of guard passing, people often end up doing one of three things. They either slide past the guard (the easy thing), end up battling the legs for an extended period of time (the hard thing) or end up swept or submitted (the dumb thing). What you want is the easy thing, and guard passing drills are a great way of getting used to finding the easy way past the legs. That is the only guard passing philosophy you’ll ever need.

Form a technical standpoint, there are several things you need to be able to do in your sleep. These are the fundamental movements that will help you figure out all guards. The first one is standing to open the closed guard. An absolute must for everyone. The standing part is when you need to be precis and technical, the opening and passing parts are easier.

Another great drill is going the shin-circles to x-pass combo. This is where most of your open guard passing will happen. Knowing how to shin circle and X-pass is not as easy as it sounds and requires lots and lots of reps and effort. it will be well worth it, though, because every other common passing sequence, from knee slides to long steps begins with an X-pass motion.

Finally, there’s the pressure part of the equation. Getting and retaining Lovato’s headquarters position, or a Bernardo Faria over-under pass are two things on the opposite side of the pressure passing spectrum that you absolutely need.

The two most important guard passes that require balance and speed are the leg drag and torreando. No matter how much of a pressure passer you might think you are, you’ll have to use both of them at times. And, while the tehcnical steps are few and simple, the balance and timing are what really make or break these passes. In those terms, nothing beats guard passing drill when it comes to learning how to drag people around.

There are simple drills that work in steps with these passes. Start off simple,  by trying to move the leg and your body at the same time. From there on, introduce an extra step in every drill until you can complete the pass not just directly, but factoring in some early and late defenses as well.

My favorite way of training and, in particular, drilling. These drills might be more along the lines of position sparring, but they work incredibly well. How? get a partner, set a time for at least 5 minutes (preferably more) and ask them to only try and do guard retention. No sweeps, no submissions, no standing up. Your goal? Pass the legs. use whatever it is you want. This is when you can go as fast or slow as you want and try and build concepts that involve a posture, checkpoints and tying different guard passing scenarios together.

Guard passing drills have the added benefit of making you better at Jiu-Jitsu in general. While they are highly specific, they give you an insight into the guard game as much has the help you figure ways past it.  This is an added benefit many people do not directly see. however, once you’re the one on the ground, you’ll suddenly know how proper guard passing works, and you’ll be able to prevent passes much more easily than before.

Another bonus moment of doing guard passing drills is cardio. Try doing reps in the hundreds of the drills, or go for time, but not just a few minutes. Try and do all three types of drills and see how tired you are at the end. Keep drilling for a year and see how better your gas tank, bottom game, and of course, guard passing skills get.

Set up some guard passing drills. Give them a chance for a few months. Use the above guidelines if you have no idea how, or just come up with your own. remember, that getting past the legs is one of the hardest things in BJJ and your goal is to find an easy way there. think of it as looking for the ultimate BJJ hack. And you already have the most important tool in the toolbox – guard passing drills.